Despite the late afternoon rains on Saturday, we still had a great event. Just a quick recap of the event.

Friday – Night run with no casualties. We had a great time doing some trail riding.

Saturday – Richard led the stock-run and Scott led the more modified run. Thanks guys. We had a couple small issues. Ken had an ignition problem (Thanks to Dave Anderson for pulling him out) and Mats had a u-joint/axle shaft problem (drove out under 3 wheel drive).

4X4 Games: (Thanks for helping me run the games Scott!!!)
Jeff White came back to win the RTI ramp (Christiana was not there to defend the title) 🙂
Richard won the drivers skill award
Carl R and Jack L won the RC Rock Crawl
Dave Anderson won the slow crawl

Dinner: Greg Horton allowed CNC to use his grill setup for the cooking and Tom and Ralph sacrificed their afternoon to cook chili, hamburgers and hot dogs for us. Thanks guys, and thanks to Ken for helping shop and Craig for picking up the cake.

Prizes: This year we gave away some prizes. By having club participation at 4 wheel parts and by having our BOD meeting at the Raleigh 4WP, we have been receiving some store credit to use as give aways.

We gave away: a Winch!!!, a 54″ hi-lift, a hi-lift handle isolator, hi-lift off road base, tree saver, deluxe air gauge, tool caddy, a toy truck, some camo work gloves, and 3 $20 gift cards (maybe something else which slips my mind)

As soon as the sun went down, Craig had a disco party with his new rock lights! Good Stuff Craig!!!

We had a great time and also picked up a few new members. Thanks for making it a fun event everyone and thanks to everyone who helped me coordinate the event. 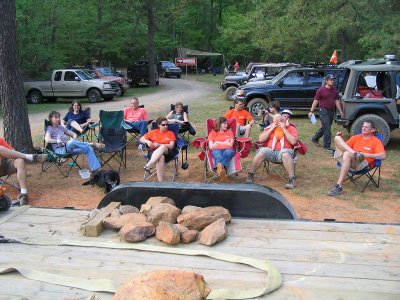 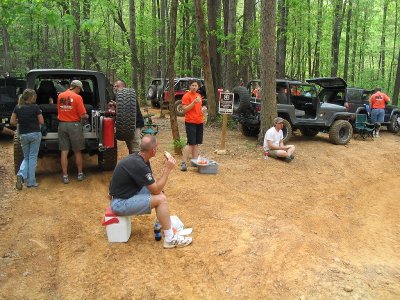 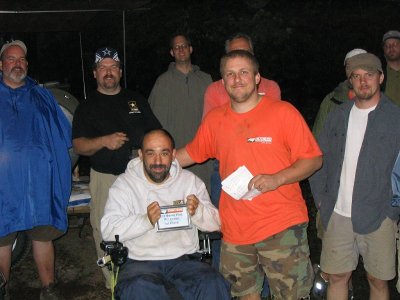 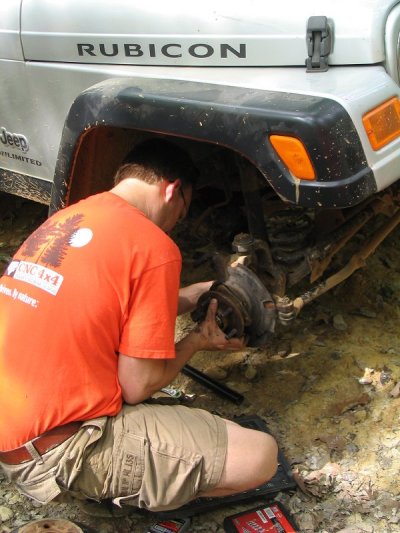 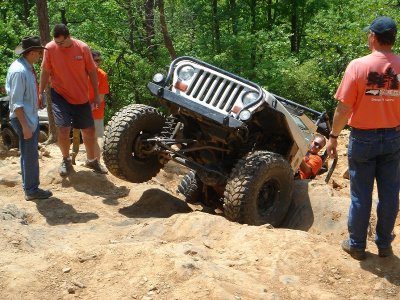 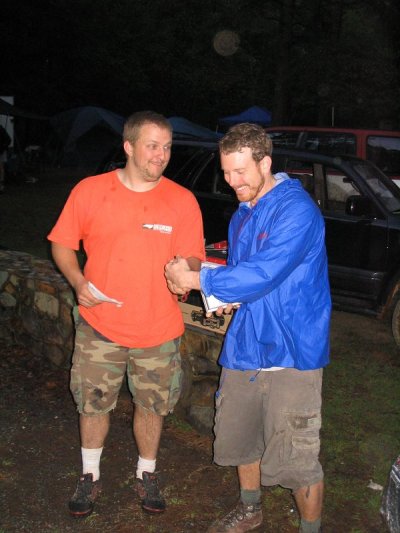 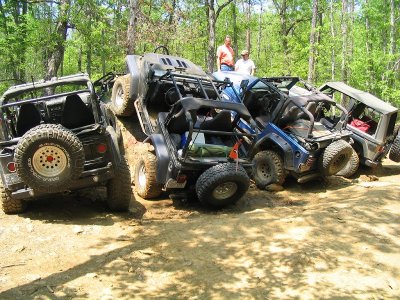