This trip just about didnt happen for us. We decided to go the week of the event, normally we have decided to go weeks ahead of time. As I was packing up wednesday night, Craig emails us and he is out. He found a U joint missing a cap and broke his vise trying to make the repair. However he was able to have East Coast Gear Supply replace the ujoint for him first thing thursday morning, he is now back in. We get there around 6 and start setting up camp. After making friends with the group beside us, we figure we would let them guide us around since there is no map, and technically its a guided trail ride. This also means I have no idea what trails we rode.

Friday morning after the drivers meeting we head out to a uphill rocky creek hill climb. The trail guide (a guy named John Ritter) broke a leaf spring on the first obstacle. he peeled off and we finished the trail to go back to camp and help him make the repair. He had a spare main leaf and we swapped it out. As we were trying to leave, one of the guys next door’s starter when out. He went to the parts store and we decided to go to a trail called corum. This was another rocky hill climb but without the water. Great trail. The group in front of us broke an output yoke and we hung out for a while so they could get it off the trail. We finished corum and headed to the next trail which was very similar to the last. However at some point i broke a hud (really its Craigs fault it broke), so craig and I head back to camp to take it apart and make a repair. I broke the hub and the inner shaft. We could not get the inner shaft out so I was done. Time for beers and diner. They had a mud pit challenge so we decided to check that out, it was great. good time that was.

Saturday, we head to the other side of the property. We were only going to wheel a half day as we had to leave that night. Another rocky hill climb that was very slick. One the last section Jason Watts (the neighbor) was low on fuel and the incline was enough that his jeep wouldn’t run. We winch him up, and he heads off to get fuel. We head over to a trail called Bunny. When we go back that is on the list to try. We watched someone try he put on a good show but he was having mechanical issues and was winched out. We head out to go pack up, and on the last rock section Craig pops a bead. We tried to reseat it but couldnt, we put the spare on and headed back to camp.

Overall the cove is a great place. Its absolutely huge, you need a map just to get around the camp ground. We heard they have anywhere from 1600 to 6000 acres of property there. There were several lakes there some you can swim in others were fishing only. The road in is sketchy, and I wouldnt want to take an RV or tow a long trailer down it.

Additional words from Craig Scibetta:
Had a really good time! The rock trails we ran reminded us a lot of those at Rausch Creek but with elevation changes which was cool. The ones I remember were: V-Trail, Corum, Extreme, ET?, KGB, and part of Insanity. Ronnie ran a few others while John and I worked on his Yota back at camp. The weather turned out very nice being in the mid 80’s, and only a short light sprinkle which is unusual from what we heard. There are different level trails for all level of rigs and like John said the place is huge, we were told there were several dozen other trails that were similar to what we ran so worth going back. It is more expensive then a typical ride since it’s an event being held on private land you have to pay the organizer/promoter and also the campground (total of ~$115) and the facilitates are not 4star but its adequate. I would go back especially if we can luck out or keep in touch with the guys we met to have our own trail guide again.

Thanks to Ronnie R and John H for a good time and the various help throughout the weekend.

David Henson – weren’t you supposed to be the ride organizer??? thanks for blowing us off….Ha!

Steve Fischer- you missed the “BEST TRIP EVER”

My phone was on the fritz so I couldn’t take a single picture, I only manage to get a couple of vids. One is a short vid of John H on a section of the Corum trail, and the other is of me literally 50′ from the end of the trail and of being done wheeling for the weekend before popping a bead. Time to put a bit more PSI in my inner air locks. 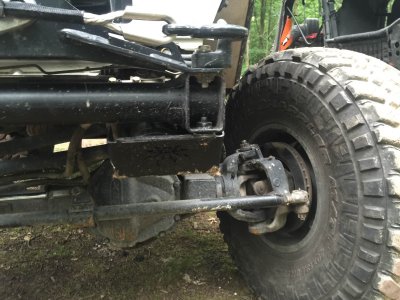 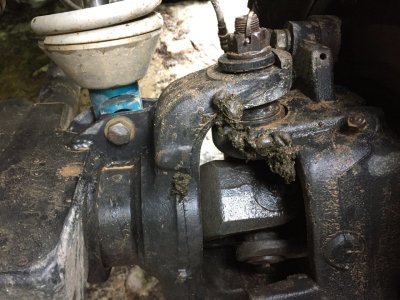 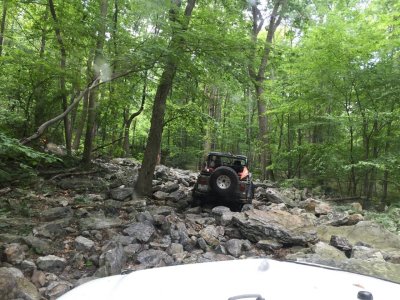 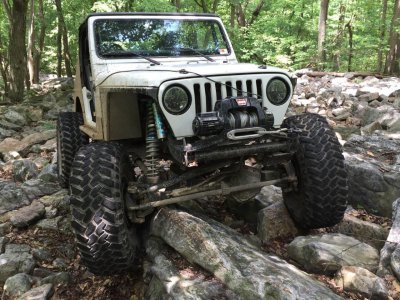 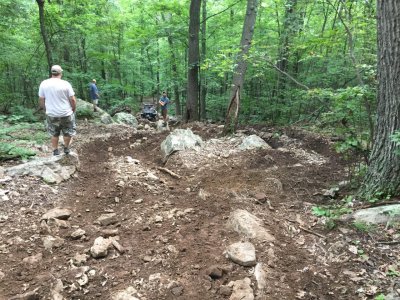 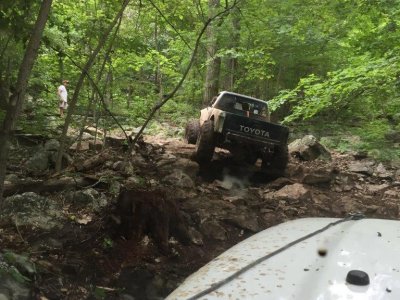 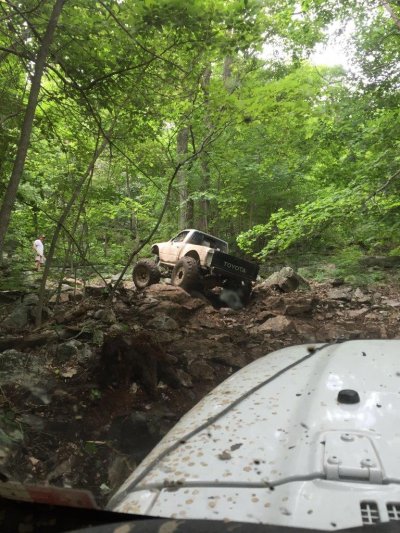 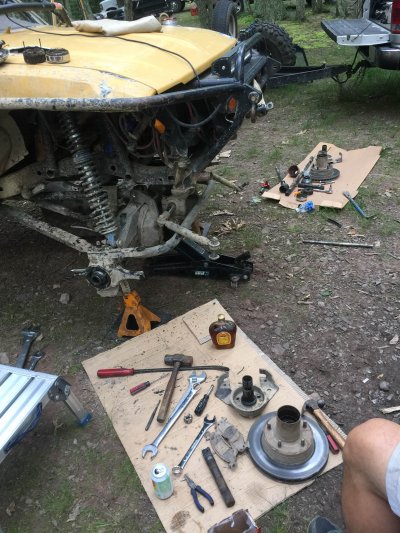