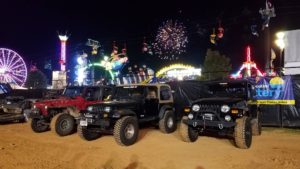 2016 Demolition Derby October 21-23, 2016 NC State Fairgrounds Trip Report by Tony K.- 2016 was another exciting 3 days at the NC State Fair Demolition Derby. The traffic was worse than usual. It caused derby drivers and even some of us to be late. Some of us came out early and enjoyed the fair.… END_OF_DOCUMENT_TOKEN_TO_BE_REPLACED