Well Carl Barclay and I got back into town this afternoon from the weekend at Coal Creek OHV (aka:Windrock) and here is a quick overview. We left town at 6:15am on Friday morning and had a pretty uneventful trip out to Oak Ridge TN through the on and off rain and the snow flurries through the mtns. We checked into our hotel, unloaded the Bronco, swapped out my tires, bought our passes and headed to the trail head. When we reached the entrance there were only a few vehicles in the lot and we aired down and hit the trails at 2:30pm. We weren’t on the trail 50ft when I noticed something dangling under the Bronco, Carl took a quick look and found it to be a metal strap to hold an auxiliary tank that he doesn’t have. He quickly used a bungee to hold it up out of the way and it turns out vehicle wise that was the only issue we had. As mentioned in posts earlier when this place gets wet the trails take on a new personality and the fact that they were sloppy made the easy trails fun and the fun trails a challenge. We ran trails till about 6pm and then headed back into town where of course we had to eat at the Mexican buffet, for a little guy Carl can really pack it away.

Saturday morning we hit the entrance right at 9:30am and found the parking lot just about full of vehicles. It turns out only a pair of guys from the Early CJ5 club made the ride, Jerry in a blue YJ and Jason and his friend Mike in a 49 Willys (that thing was cool). The trails were even more of a mess Sat. which made some of the climbs and descents that in dry conditions could be done in 2wd very interesting. We covered alot of ground until we hit a climb on trail #21 that had a big step up right in the middle that neither the YJ or Willys could make. Enter Festes, not really sure what the guys name really was but Carl nicknamed him Festes I believe. He was driving a F250 pickup running 35″ and a front locker along with a winch, he had come down the trail but didn’t like the look of coming down that step but couldn’t make it back up the way he had come down. He offered to winch us up and did so for the YJ and Willys but both Carl and I were able to make the climb. After we got over the step the remainder of the trail consisted of a steep routed and sloppy climb that the Ford couldn’t make and when attempting to winch his cable disconnected from the crimp end on the spool. Having the only other winch in the group the plan quickly became getting me up and then using my winch to bring up the rest of the group. I made the climb and then winched up the Willys after during his attempt he cut a valve stem, once over the most difficult part I strapped to the Wills and pulled him to the top of the trail. At the top of the trail Jason in the Willys replaced his stem and I respooled my cable which had bird nested while pulling him up, meanwhile Carl and Jerry helped spot Festes down over the step since at that time my winch was inoperable. Then both Jerry and Carl made it up the climb and we headed over to Rattle Rock where we watched the big boys play while we ate some lunch. Aside from one tough creek crossing the rest of the day consisted of some easier but fun trail running which we ended around 5pm.

The weather was colder then expected as we had snow flurries on and off all day both Fri & Sat but the sloppy trails were a blast and the scenery is great up there and to top it all off we suffered no real damage so a very good weekend. It was also good to met both Jason in his cool willys and Jerry who led us around the trails all day from EarlyCJ5.

and dat is all I got to say about dat!!!! (a little inside joke) 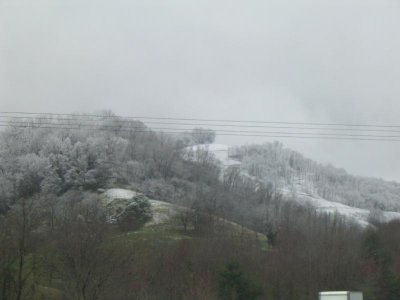 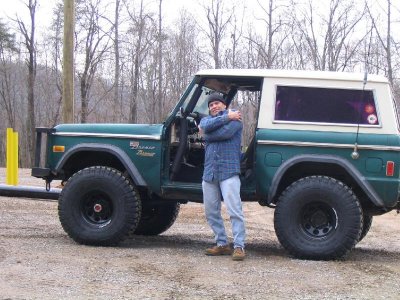 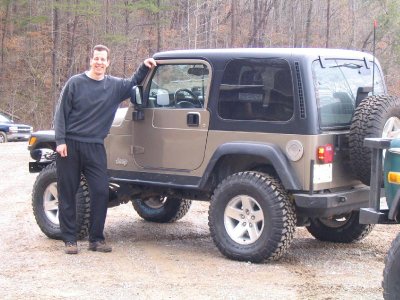 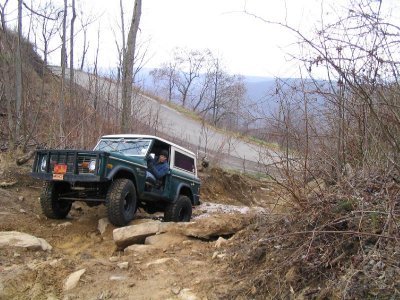 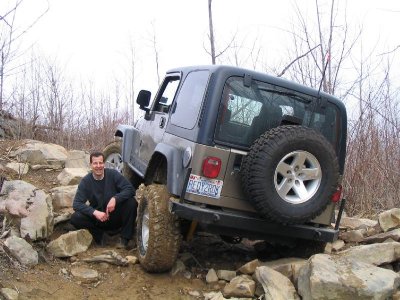 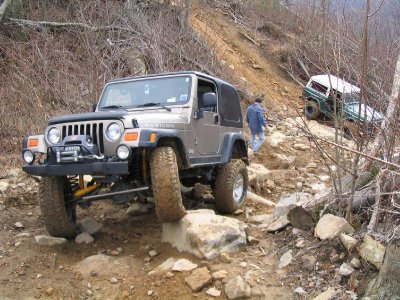 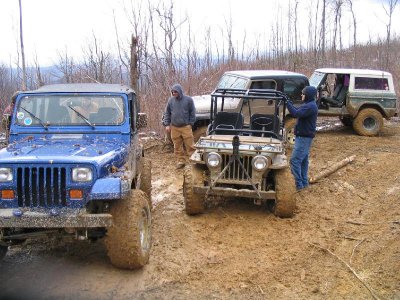 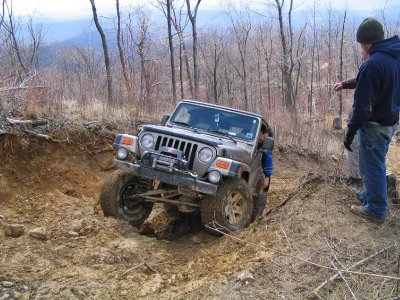 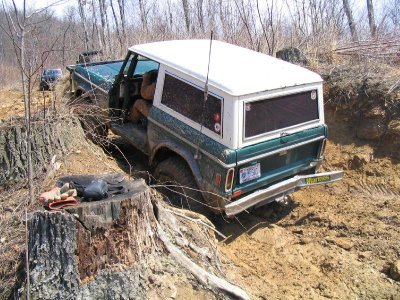 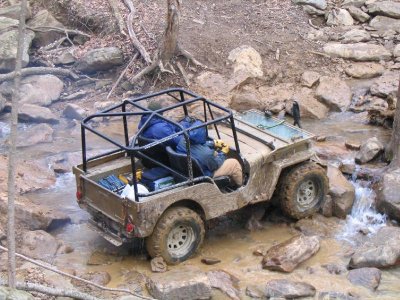 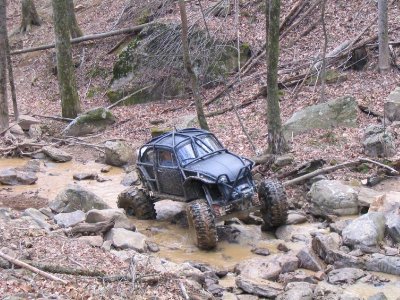