You are here: Home / Archives for South Carolina 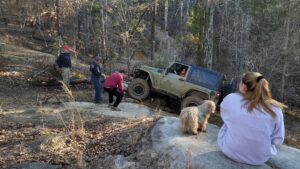 It was a frosty 37 degrees Saturday morning. The entrance to Gulches was a huge lot of frozen red clay, signaling a muddy day ahead. We met up at 9 and realized we had a pretty cool group: 3 father-daughter pairs and Shipwreck Mimi!  Devin took the lead with his daughter Ryan and the map. We started… END_OF_DOCUMENT_TOKEN_TO_BE_REPLACED 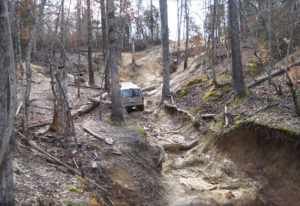 Gulches, SC March 2013 Friday Derek, Doug and myself met at the Flying J at Haw River at 9am and hit the road to Laurens, SC. Carl had left earlier and was about an hour and a half ahead of us. The drive down was uneventful and we rolled into Gulches ORV Park around 2ish.… END_OF_DOCUMENT_TOKEN_TO_BE_REPLACED